Project Other Ways and Creativity as Expertise 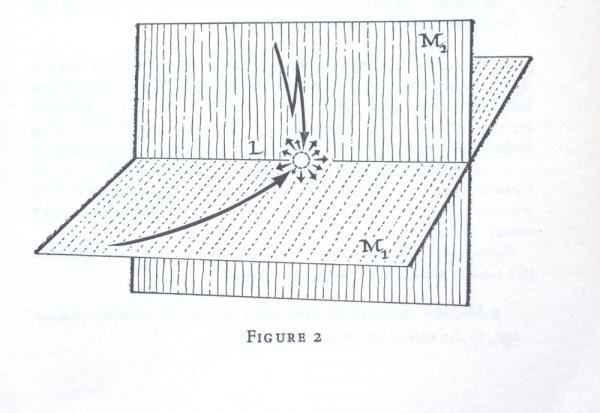 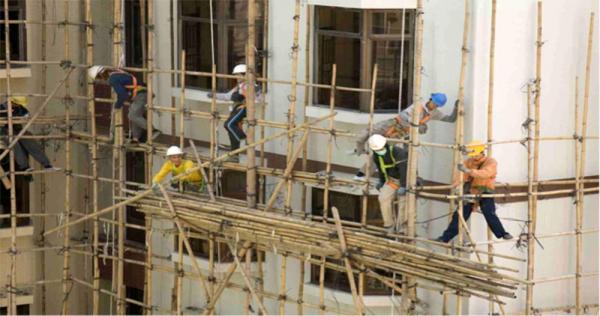 My focus is confined to the reflections of artist Allan Kaprow in his essay Success and Failure when Art Changes (Kaprow: 1995) as the subject of my proposition that the expertise of the artist lies in the creative act.

My focus is confined to the reflections of artist Allan Kaprow in his essay Success and Failure when Art Changes (Kaprow: 1995) as the subject of my proposition that the expertise of the artist lies in the creative act.

This is pertinent to the subject area of my current research question: What kinds of creativity lend themselves to developing critical awareness, and shared responsibility between individuals and within groups?

This AHRC Connected Communities Doctoral Research is a partnership between Gray’s School of Art, The Centre for Entrepreneurship at RGU and a special group of people who came together 20 years ago in Aberdeenshire to make a community play. This activity was the catalyst for the development of Woodend Barn, now an established centre for arts, and creativity across theatre, gardening, visual arts and music on Deeside. Our collaboration aims to help us understand and share the significance of their achievements and the nature and value of creativity in this situation for deepening self reliance through connecting and cross fertilizing different social groups such as those I meet at The Barn.

To recognise and give value to the concept of creativity I refer to Arthur Koestler’s The Act of Creation (1964) and John Dewey’s, Art as Experience (1932).

In Art as Experience Dewey says that to find the meaning and value in art a writer needs to turn away from the art object and look for the specific context of it’s production and place, and investigate it’s role within the life of those who interact with it. His interest is in “recovering the continuity of aesthetic experience with the normal process of living” (Dewey: 1932 p9).

Koestler proposed that “There are two ways of escaping our more or less automatized routines of thinking and behaving” One is to suspend rational thinking, as in a ‘dream-like state’ and the other is through insight in seeing the familiar in new ways. (Koestler) He coined the term ‘bisociation’ to “make a distinction between the routine skills of thinking on a single plane…and the creative act…which always operates on more than one plane.” (Koestler; 1964 p.35)

Koestler’s idea of “juxtaposition…across matrices chosen for their sensory qualities and emotional potential”(Koestler: 1964 p. 352) as a reading of creativity resonates through Dewey’s interest in identifying the meaning and value of art as folded into experience. Through this ‘bisociation’ of the two theories folding becomes inhabiting, or even living within experience.

In 1960’s Berkley, California, Kaprow and educationalist, Herbert Kohl accepted funding from the Carnegie Corporation to be the stewards of an educational experiment. Experimental in their aim to place art at the centre of the Unified School District curriculum and experimental in the way they set out to do it: artist and educator working together outside of school in a downtown empty shop-front. Experimental also, as Kaprow reflects, 30 years later, as a project in which “ I intended our educational experiment…to be the art at the same time as it was a way to increase literacy.” (Kaprow: 1995 p155).

One project began when a 6th grade class labeled un-teachable illiterates came to the storefront with their teacher. The sequence of events from start to finish run like this:

Project Other Ways had just been given a number of cheap polaroid cameras and packs of film. Kaprow invited the kids to take a walk and snap pictures of anything they liked. He noticed that they understood four letter words and related descriptions around certain drawings. He says “I wondered why, if they were illiterate, they were so interested in words, especially sexual ones…I said let’s take photo’s of the graffiti in men’s and women’s public toilets.” (Kaprow; 1995 p 154)

Kohl and Kaprow saw the germ of an idea and invited the kids back the next week. They covered the shop walls with brown paper and suggested they draw the graffiti from their photographs without rules or punishment for dirty words or drawings. Kohl heard that the infamous Dick and Jane early reader text books were being discarded and the project could have as many as they wanted. He and Kaprow thought the group might respond positively to the idea of re-writing and re-illustrating the sexist and racist content. “Our assumption was that the kids sensitivity to these biases would provide us the openings for frank discussion and….wholesale revision of the texts. We were right. Run Spot Run became Run, man, fuzz.” (Kaprow; 1995 p 154) School officials considered reclassifying the students, but we don’t learn if this took place.

Kaprow locates himself and the art inside the system of education. He acts as a catalyst to connect the two communities and establishes a collaborative working practice with an educationalist, Kohl. These first decisions double the breadth and depth of knowledge available to the project by linking his and Kohl’s experience and networks. What appears from the outside as an artist and a teacher delivering art projects to kids in a shop is underpinned by specific and informed decisions that greatly increase the scope of where the work may lead them. Even more significant is the dynamic scenario they have set up for thinking and acting across two planes of thought, or method of ‘bisociation’, as they develop the project.

The essay doesn’t tell us who initiated the collaboration. I imagine Kaprow driving the project, seeking contexts for his practice involving ideas of ambiguity of identity and purpose. Kohl is likely to have been developing ideas and looking for opportunities to teach literacy through art for a while. They came together at a time of widespread social upheaval across Berkley, Oakland and San Francisco. This convergence of their energies at this moment in time generated “activities that rarely addressed the conflict directly, but reflected…the surge of utopian fervor that fueled it.” (Kaprow: 1995 p152).

Koestler says, that creativity occurs under conditions of ripeness “…as a factor facilitating discoveries…the various components which will go into the new synthesis are all lying around and only waiting for the trigger action.”(Koestler :1965 p110). The components in Project Other Ways are Kaprow, Kohl, the participants and the situation. The vital trigger action is their collaborative energy to set up situations and activate meaningful interactions within constructed scenarios, such as the Dick and Jane books.

There is no single agent of the creative act. It is dependent on collaboration, conversation and interaction. In the context of these definitions of creativity the principal of expertise in relation to the individual artist now seems meaningless.

If success or failure of the project are a more useful indicator of expertise Kaprow still refuses to be pinned down. The title of his essay invites us to engage in what at first appears to be a separate problem ‘Success and failure when art changes.” In fact it is because his creativity inhabits ambiguity of identity and purpose that he is reflecting, 30 years later on the dilemma of validation facing artists who’s work sat within the ethos of Dewey: in the experience as opposed to the art object. When art changes, as he believes it did for Project Other Ways, obscurity, success and failure are the result. He asks was it a successful art project? And was it a successful education project? He answers No, on both counts, but yes if the art is not named, and is ‘for as long as possible unclear in it’s status.” He says “my guideline was simple: one shouldn’t rush too quickly to label life as art; it may deaden the game.” (Kaprow ;1995 p157) His active, and in Koestlers and Dewey’s terms, creative habitation of life challenged cultural assumptions, including the frameworks that exist to validate individual artist’s as experts at that time.

Kaprow suggests the removing of the classification of art from Project Other Ways. This runs counter to the co-creative way it happened, but he considers that if labeled as art it is denied influence in the sphere of art and education. At least if it has the art label removed the art world will be intrigued by its ambiguity and the educationalists might learn something from it. Following Kaprows lead in I will now experiment by removing his label of artist to explore the issue of expertise in the context of creativity defined as co authoring and without the need for validation of his work from an institution which by definition he tells us he is not going to receive.

What changes if we no longer think of him as an artist, but understand the creativity that he and Kohl engaged in to bring about Project Other Ways as remaining exactly the same? I imagine Kaprow as a highly skilled creative worker who inhabits life in order to challenging it’s norms while seeking new ways of collaborative living to inspire others. His insistence of ambiguity of identity and purpose remain and shape his collaborative practice. This leaves me with a question rather than a conclusion to contribute to our conversation. Is the idea of the artist as distinct from other workers no longer useful to artists or society?